Hole #1: Hole and Contest sponsored by Huron Distributors -- "No Cheeks Shortest Drive Contest."  The "winner" of this contest takes home a six-pack of Budweiser 16 oz. cans, "if you have a little drive at least you can have Big Cans."

Hole #3:  Hole and Contest sponsored by Cliff Anschuetz Chevrolet -- "Hole-in-One," Be the first lucky golfer to ace #3 and win a Chevy Cruze!

Hole #4: Hole and Contest sponsored by The Wallace Firm, P.C. -- "Home Run Challenge."  Hit the longest-drive with a baseball bat to win two tickets to the Detroit Tigers vs. Kansas City Royals on September 20, 2015!

Hole #7: Hole and Contest sponsored by Bryan Strong, Edward Jones -- "Ring of Cash."  Make a bet of $5 or $10 that your tee shot will stop within the circle around the pin - complete the task and double your money.  On the green, but not in the circle?  Keep your money.  Miss the green?  Thank you for the donation to the ARMC ER Project!

Hole #8: Sponsored by The Winger Family -- "Closest-to-the-Keg."  Have the closest tee shot to the keg of PBR and win an iPad!  Don't forget to tap the keg to win a beer!

Hole #9: Hole and Contest sponsored by Isackson, Wallace, & Pfeifer, P.C. -- "Marshmallow Launch."  Ever wonder how far you can hit a marshmallow off of the tee?  Here's your chance to find out.  Play your ball from your team's best hit marshmallow.

Hole #11: Hole and Game sponsored by ​Besser Company  -- "Vegas Style," Once everyone in your foursome hits his/her tee shot, one member of your team will roll a die to determine which tee shot you will play your second ball from - roll a five and it's a team selection, roll a six and it's bartender's choice.  Also, the odds are good that the bartender will be serving drinks prior to tee off.  Be sure to tip the bartender!

Hole #13: Hole and Contest sponsored by Manfred and Bettina Mueller -- "Dire Straights." Hit the straightest drive on this hole to win a prize!

Hole #15: Hole and Contest sponsored by the Real Estate One -- "Rolling Acreage." Blind approach to the green with a Longest Putt Contest where the winner will need to cover a lot of real estate.  Winner will receive 4 tickets to the Alpena Shipwreck Tours and a stocked cooler with some additional prizes!

Hole #17:  Hole and Game sponsored by JW's Girls -- "JW's boys."  Play the entirety of this hole with youth clubs!

Hole #18: Hole and Contest sponsored by First Federal of Northern Michigan -- "Both Cheeks Longest Drive Contest."  When JW got a hold of a drive, he would like to say "Got both cheeks into that one."  Here, after paying an entry fee of $5, you have a chance to do just that.  Longest drive takes home half of the entry fee (other half to the cause) plus a $50 cash prize.  Last year the winner took home ~$150!

"Better than Average Golfer - Scramble Edition" sponsored by StrataTox, LLC.  At the end of the day, we'll tally up all the scores and calculate the average score.  The team who scored average (or closest to without going over) wins a cash prize.

"King of the Course" sponsored by Adam Wallace, Dave Wallace, and Andy Rosko.  At the beginning of the round each team is given a colored golf ball with a number written on it.  During the round, the team alternates who plays that ball on each hole.  If your team doesn't lose the colored golf ball, it gets entered into a drawing at the end of the round.  Winning team gets a pint of Crown Royal (a JW favorite)  for each golfer.  If everyone loses the ball, Dylan wins and keeps the liquor. 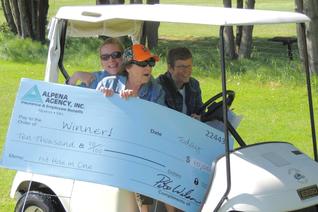 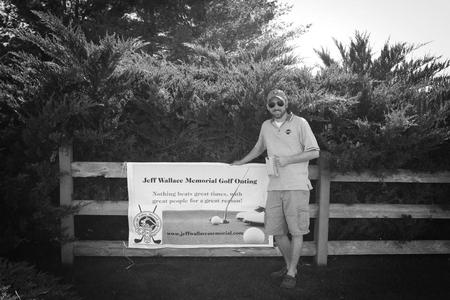 In 2015 we had the 2nd Annual JW Golf Outing which saw 75 golfers, raised $8,200 for the ARMC ER project, and was just a great time. None of that could have happened without the very generous group of people who supported the event. Thank you all.

to have fun, but we ​have ours!